It is with great sadness that we have to say goodbye to our dear friend, Daniel. 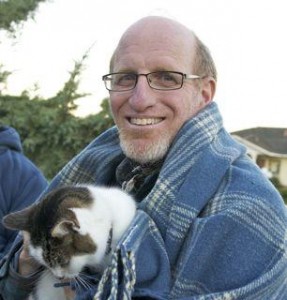 Some of you may know Daniel as “the FLEXlm support guy”.  Others may know him as the lead FLEXlm developer.  Many more (outside of GLOBEtrotter and Reprise) know him as an extremely talented musician, one who never seemed to find an instrument that he couldn’t master quickly.

We knew him as a dedicated, enthusiastic co-worker, a good friend, and a dedicated husband and dad.

I first met Daniel in 1993, when we were porting FLEXlm to the 88k processor.  Daniel worked for 88open, the industry consortium, and when I contacted them for help with the port, he said “I’ll just come over and help you”.   Well, he did, we went to lunch, and during lunch I realized that I needed to hire him to support FLEXlm.

Within 3 weeks of Daniel’s arrival, it was clear that it was a waste to have him only supporting the product, so I made him the lead developer, and the 2 of us continued to support FLEXlm.  Daniel remained the lead developer from 1993 until 2000.  During this time we had many, many good-natured knock-down, drag-out fights over the direction of the product, but the result in every case was an improved product.  When we sold GLOBEtrotter to Macrovision in 2000, Daniel remained lead developer for a year or two, at which point, he left to spend more time with his music.

While Daniel never worked at Reprise, we always stayed in touch and of course, many of us saw him at several of the GLOBEtrotter reunions.

Daniel, we’ll always love you and miss you, and we hope you are in a better place.