Note that if a licensed application (client) crashes or exits without checking in its licenses, the license server detects this and returns any licenses used by the crashed or exited application to the pool of available licenses. However, if the client operating system crashes or the network between them is segmented, the server is unaware of this and the client’s licenses remain checked out until the server times the licenses out or human intervention is taken.

The ISV server keeps track of how long it has been since it has received a heartbeat from each client. The end user can set up a TIMEOUT (per product) or TIMEOUTAL (all products) in the ISV options file. For each client with a license checked out, if the server hasn’t received a heartbeat within the specified interval, it decides that the client is no longer active, and returns its license(s) to the available pool. By default the ISV server doesn’t have any timeout. The ISV may specify on a per-license basis the minimum timeout that may be specified iby the end user. This is done with the min_timeout=n optional license attribute.

If a TIMEOUT interval is set too low and an active client’s license is returned to the available pool, an appropriately-coded client will attempt to reacquire the license without interruption of service. See the discussion of reconnection in the automatic and manual heartbeat sections below.

Using Heartbeats in the Client

The licensed application developer has the choice between using automatic heartbeats, manual heartbeats, or no heartbeats at all (the default). 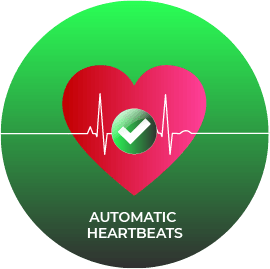 To set up automatic heartbeats, the client calls rlm_auto_hb any time after rlm_init is called successfully:

See the RLM Reference Manual for full details on return values and arguments.

The period argument specifies how often to send a heartbeat. A good nominal value is 60 seconds.

The auto_reconn argument specifies whether or not RLM should attempt to reconnect to the license server and re-checkout licenses if the connection to the server is lost. Most applications will specify that reconnection should be tried.

When the client’s reconnect handler is called, the application should first determine if the reconnect attempt was successful, then decide if some further action is necessary. The application will have some policy built-in about how long a period it is willing to tolerate being disconnected from the license server before it takes some action. The action taken in that case is also up to the application. It might save any work in progress and exit, or it might enter a reduced functionality mode until its license is restored.

The application determines if the reconnect was successful by calling rlm_license_stat(). This function may not be called from the handler though, so the handler should set a flag indicating that another thread should do the check. 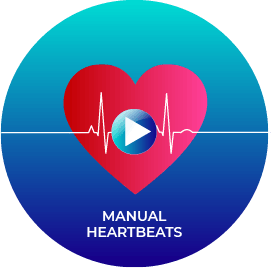 The status returned indicates the health of the connection to the license server. 0 means OK, RLM_EL_NO_HEARTBEAT means that the last heartbeat wasn’t acknowledged by the server, and RLM_EL_SERVER_DOWN means the server is down. See license.h for full details on status values.

Just as is the case with applications using automatic heartbeats, the application using manual heartbeats will have some policy as to how long it will tolerate unacknowledged heartbeats, and what action to take when that threshold is exceeded.

Unlike automatic heartbeats, there is no automatic reconnection with manual heartbeats. An application which receives an error from rlm_get_attr_health() should call rlm_checkin() and retry rlm_checkout().

Heartbeats and Uncounted or Single Licenses

It is tempting to think that an application that uses only uncounted licenses needn’t be concerned with heartbeats, but this is not the case. There are two reasons for this:

If an application is enabled with a license locked to a removable host ID (RLMID1 or RLMID2), the application needs to know if and when that removable hosted is no longer present. It does this via the heartbeat mechanism. rlm_license_stat() and rlm_get_attr_health() return RLM_EL_PORTABLE_REMOVED in this case.