Which is Better for Your Customers?

As license management technology evolves, so does Internet-based networking and the ability to locate various clients and servers at physically distant locations. But are distant and remote always best for a software vendor’s customers?

Let’s look at what goes into the decision-making process on how and where to locate license servers, and what that means for a software vendor’s choice of license management technology.

Look at the question of server location in the context of a specific type of end user. Clearly, not all software is best managed with license servers, either local or across a WAN or the Internet.

Software that is best deployed with license servers is typically low-volume, high-dollar-value software, like the software used in various engineering fields (mechanical CAD/CAM, chip design or “EDA,” oil and gas exploration, video production, etc.)  Obviously, the nature of these software products and their value to the organizations buying licenses for them, demands near-instantaneous, secure availability of those licenses, as well as the ability to easily report on their usage. In fact, this model is where the term “software asset management” is derived. This refers to non-tangible, yet hugely valuable, software licenses that are treated just like any other valued physical asset. 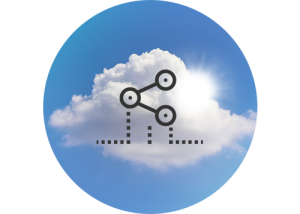 Given that high-value software licenses must be always available, secure, and reportable, where should the servers hosting those licenses be sited? On the end user’s Intranet, across a WAN or through the Internet?

At Reprise, our 30+ years of experience leads us to believe that the physically closer you can site license servers to their intended users, the better. Also, the fewer network devices you can put between the user and their license(s), the better. While it can be argued that networking has improved over the years, with more capable routers, higher-speed connections and better system and network management; no one has figured out how to overcome Murphy’s Law yet. And the last thing a harried user needs is Murphy messing with license servers at the last-minute of a big project, when that important software license must be available.

Besides availability, control is important in deploying license servers. Large enterprise organizations use dedicated individuals, or even teams, to keep software licenses watered, well-fed and ready for their users. Inherent in that is the capability to tweak individual vendor servers, or the main server itself, so that license reservations (for groups or projects) and reporting are all set up to maximize the users’ benefit. So, while moving all of this infrastructure across the Internet may seem appealing to the software vendor, get feedback from your users. Would they still have routine administrative access to stats about server and license availability?

While there’s a trade-off between configuring firewalls to handle non-Port 80 traffic and the immediate availability of Port 80, it’s our observation that most end user organizations want to dedicate ports and server hardware to serve valuable licenses, so that their users can access them when needed. And now, with the concept of license refreshing and re-hosting, a good hybrid deployment model is available to end users of license managed software.

And with RLM, you have the flexibility to easily move licenses from one server to another with available licenses served from a machine directly under the end user’s control.