Visual Basic 6 programs may call RLM functions to implement software licensing functionality. There are a few extra steps that must be taken beyond what’s needed in C/C++ programs to make it work however. This is a description of those steps.

This process is described in the RLM Getting Started Guide.

One of the products of the SDK build is rlm.dll, a dll containing the RLM functions in executable form. It is these functions that will be called from VB6. 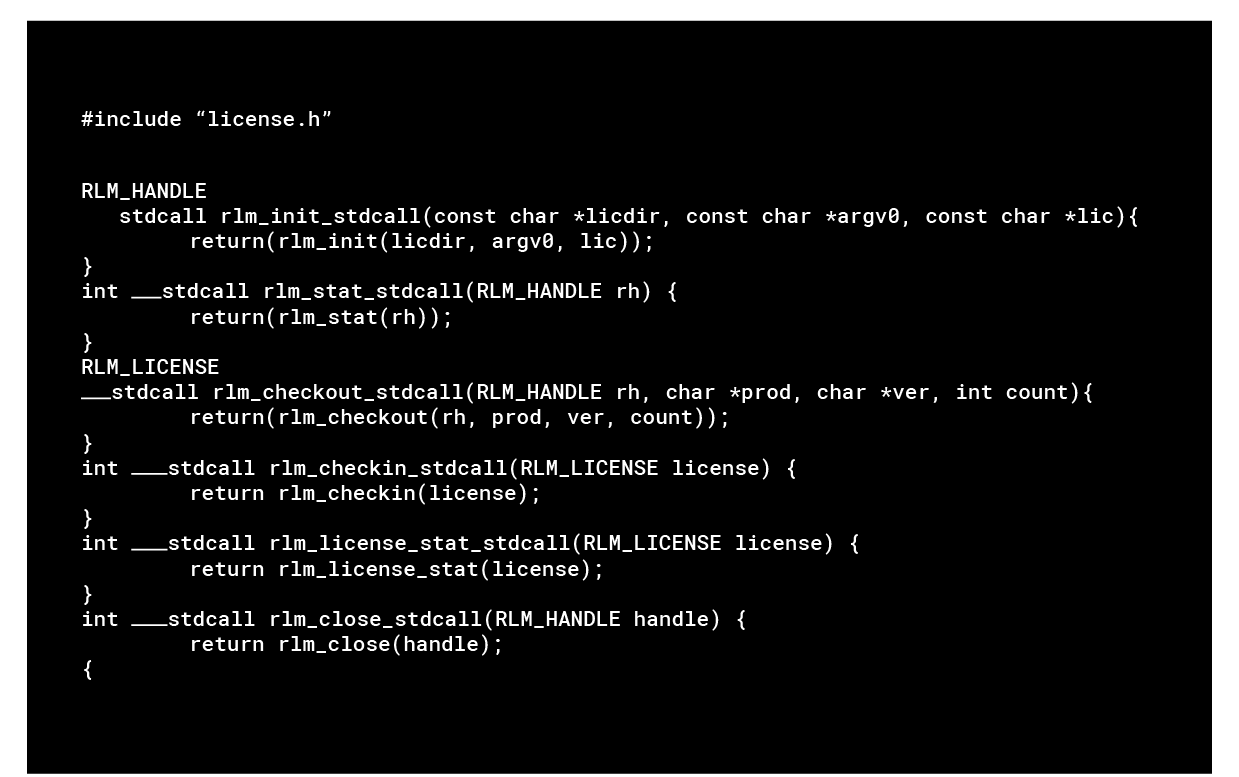 An exports definition file must also be created, naming each wrapper function. Here is an example rlmstdcall.def, exporting the 6 wrapper functions from the example above:

Create Basic Function Declarations for the RLM Functions to be Called

For each RLM function to be called from Basic, write a Basic function declaration for it. The declaration specifies the data type of each argument and how to pass it, and the function’s return type. Arguments should be passed by value, using the “ByVal” specifier. C and Basic types used by RLM are as follows:

Here is an example of the Basic function declarations of the 6 RLM functions used in previous examples: 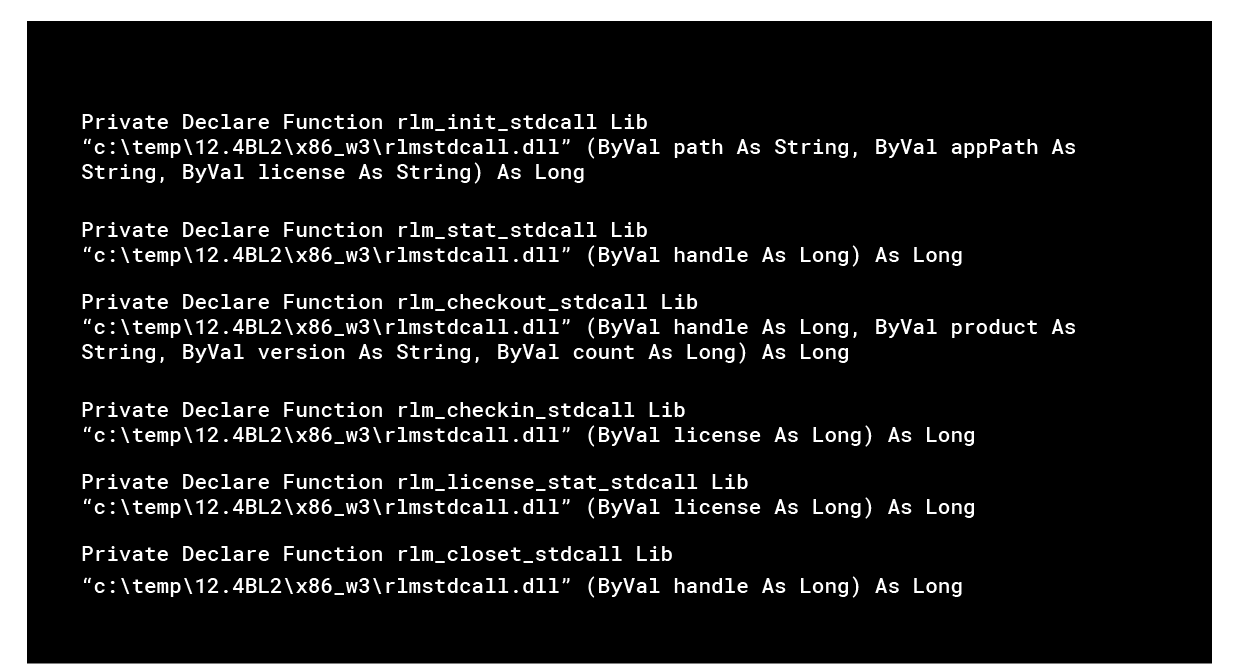 Here is a small example Basic program using some of the functions from the previous examples: 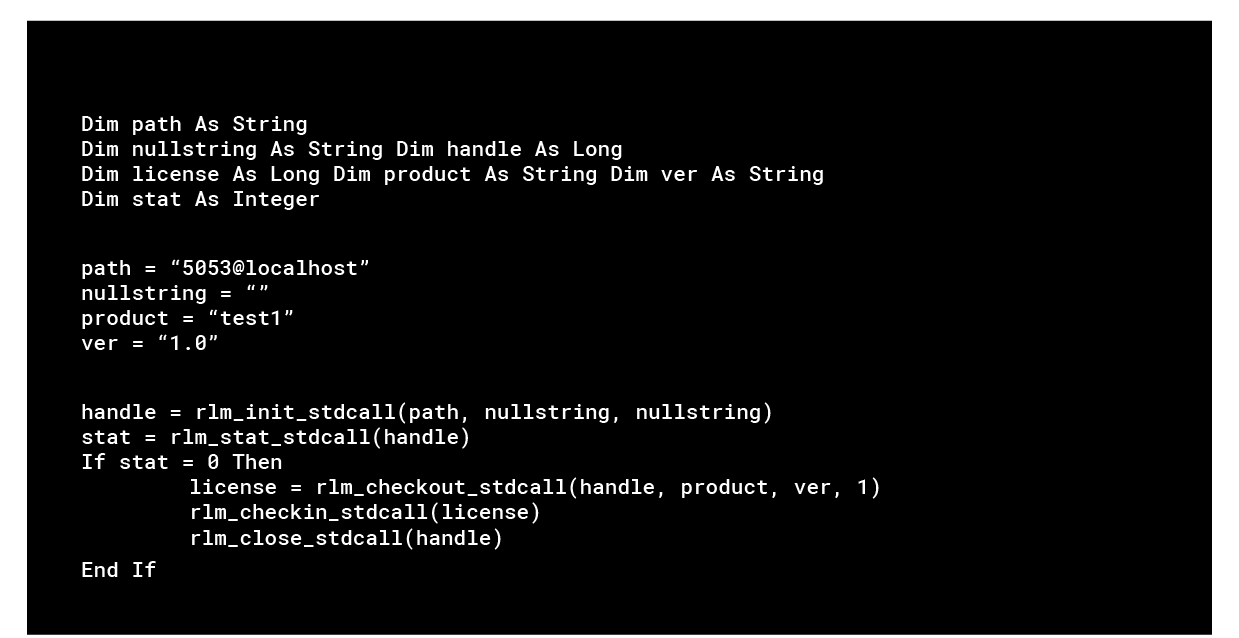